Azhagi+ is a supremely easy, fast, unique and feature-rich transliteration software. Primarily it helps one to type in 16 Indian languages* but it is easily extendable by the user himself or herself to type in any other language of the world too. Typing can be effected directly in any Windows application by the simple press of an hotkey.

Azhagi+ is sleek and portable. It is very small (less than 1 MB) yet power-packed with innovative features.

Azhagi+ has possessed the fastest of all Tamil transliteration schemes, ever since its inception in 2000. You can quickly extend Azhagi+ to transliterate in any Tamil font by using a never-before-seen feature. You can easily extend Azhagi+ to type in any language+font+keyboard combination by availing a very special feature. You can very well change the existing key mappings, have custom hotkeys to toggle between languages, utilise an in-built font viewer, avail a first of its kind Tamil font encodings converter which is extendable by the user himself/herself and do much more...

Note: The screenshot below is that of Azhagi+ 10.40 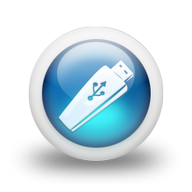